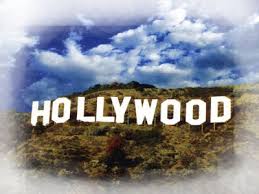 THE HOLLYWOOD RULES for Screenwriters

Everyone thinks they can come up with a better movie idea than what they see on the Big Screen. From your hairdresser to the guy in that hole in the ground at the Lube center changing your car's oil, they all have thought at one time or another about how ridiculously simple writing a movie must be.

Well, be thankful most people don't pursue their Hollywood dreams. Still, there are tens of thousands of aspiring screenwriters out there… very tough odds for you regardless.

In all, there are 30 so-called "Hollywood Rules" to follow. Now you may be thinking, "Hey, wait a minute, I just came back from this really expensive conference and some lady told me “There are no rules.” What’s with that?

Well, according to a book written by a couple of professional writers who wish to remain anonymous, there are "a list of conventions that exists, and, if properly adhered to, can significantly smooth that otherwise rocky road to a career in entertainment." More to the point, "Some say that the one rule in Hollywood is that there are no rules. Well, They are wrong."

According to these pro writers, knowing these rules will help you as you make your way towards starting a career. There will be opportunities in what sometimes appear to be "unusual and bizarre circumstances," and only the "in the know" writer will be able to take advantage of the situation.

So as Syd Field said, "Know your subject." You, the aspiring screenwriter, would be wise to know the environment you seek to be apart of. It's not always for the faint of heart.

Some quotes from the book:

Luck plays a big factor in making it in this town, but Luck, as they say, favors the ready.

The one thing you [the aspiring screenwriter] can bring to the party - in fact the only thing you can bring - is a story that is wholly and completely your own.

Generally speaking, those screenplays that are purchased from new writers tend to fall into three basic categories: thrillers; action pictures; and comedies. They're what is known as mainstream or commercial movies.

Once you've found your genre, make sure you're brining something new to the table.

Hollywood is a town driven by emotions, not ideas.

Success in Hollywood is all about overcoming resistance.

Recognize that in Hollywood, everything old is eventually new again.

For me these were some of the "Rules" that stuck out.

Always Take The Meeting. Meaning, in this business there are a lot of times when you know deep down that nothing is going to come of it, so why waste your time? Well, because it's an industry of relationships and who you know is who you know. If you insult them or are rude and don't show up, you've just burnt a bridge. Besides, you never know when your "gut instinct" will be wrong.

Take The Beverage. What's the first thing that happens, usually, when you walk into a meeting? Someone with will offer you a beverage. Accept it. Even if you aren't thirsty. It immediately places you in the position of receiving and is a good way to break the ice and have a SHORT "get to know you" chat before getting into your pitch or the serious business at hand.

Know When to Show Up & When To Shut Up. There really is a thing such as being "fashionably late." You never want to be the first one at a party. And, you never want to be late or not show up for a meeting. Don't burn bridges. Additionally, when 45 minutes have passed and you're still waiting in the lobby, have some dignity and reschedule the appointment. This way you look like you have places to be as well… like your day job.

Always Have A Project In Hand. You go to a meeting only to learn they've got "something like it in development," so always have a backup plan. Have another "project" to show them.

The bottom line is these Hollywood Rules are not going to be of much use for you until you get your career started first. You don't need to move to LA until you have a reason for going, like a job. When you've made your first sale or say have your first independent film credit, then take the big leap and go for it.

Until then, stay calm, be patient, and work as hard as possible. It'll happen!

["The Hollywood Rules" is an old book published in 2000 by Fade In: Books, a division of Fade In magazine.]