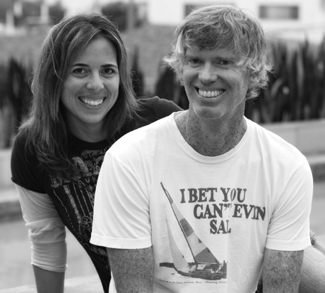 I got the chance recently to talk with Marianne and Cormac Wibberley, the married writing team behind the NATIONAL TREASURE franchise, CHARLIE’S ANGELS: FULL THROTTLE,  I SPY, THE 6TH DAY, G-FORCE and many others.  They were gracious enough to take some time out of their busy writing schedule to answer a few questions, which is always cool. You know, right away when I corresponded with the Wibbs I got the feeling that they would be good company for a cup of coffee, talk screenwriting, movies, or whatever — which is not something I always get the sense of when interviewing Hollywood folks! (I live in the mountains of Colorado so...) Anyway, it was a pleasure to get the chance to do this interview. So, without further ado, here’s 10 Questions with the Wibbs!

I don't know of many husband/wife writing teams. How did you guys meet, start writing together, how did that all work out?

We met in high school, fell in love, got married, and THEN decided to write together. The first script we wrote together didn’t sell, but the next one did (THE KID WHO STOLE CHRISTMAS) to Disney. That’s when we learned how hard it was to really break into Hollywood.

We were pigeonholed as “family movie writers” which would’ve been fine, but it wasn’t the only genre we liked. We love action-adventure, but nobody would hire us in that genre. We realized we needed an action movie writing sample to show studios we could do it. We wrote THE 6TH DAY and optioned it to Phoenix Pictures/Sony. That was the one that changed our lives. It was the real beginning of our careers.

What was the impetus for the first NATIONAL TREASURE story you wrote?

It was an assignment actually. We should back up a bit. Someone at JBFilms had read our I SPY draft (which was a much more serious spy movie than the final product) and asked us to come in with a take on BAD BOYS 2. We thought there was no way we’d get that job. It had been in development for years, and several A-list writers had taken a crack at it. But Jerry liked our take, and our draft ended up getting Michael Bay and Will Smith interested in doing the sequel.

After that, Jerry asked us to come up with a take on another project that had been lingering in development for seven years, NATIONAL TREASURE. Our agents at the time advised us to stay away, but we loved the concept: a map on the back of the Declaration of Independence. Simple, clever concepts like that are hard to come by, plus it was Jerry, so we said yes.

How was the development process for NATIONAL TREASURE? Was there a key moment that you recall?

Every story has its challenges, and the challenge with treasure hunt movies is keeping them from being episodic. You can’t just go from clue to clue to clue. That was the problem with the drafts of NT that had been written before us. We learned very quickly that in order to build the drama and mystery, each clue needed to up the emotional stakes or shift alliances somehow. The best example of this was after we’d finished writing the big caper sequence in the National Archives. After Ben had succeeded in stealing the Declaration of Independence (DOI), we got stuck. How do you top that?

The trick was in realizing that we didn't have to top it. We just had to complicate Ben’s life emotionally. He had to go do the last thing on earth he wanted to do—something worse than stealing the DOI—go to his estranged dad for the Silence Dogood letters. And the emotional core of the treasure hunt was born.

What was your experience with NATIONAL TREASURE: BOOK OF SECRETS and what were the significant differences with the first as far as writing it?

NATIONAL TREASURE 2 was a go movie before a single word had been written, so it was a completely different process. Nic Cage had a slot, and Disney had a release date. All they needed was a script.

The timeline was so insane that we and Ted Elliott and Terry Rossio decided to break the story together. Then, we wrote the first draft and most of the drafts afterwards. Ted and Terry jumped in throughout the process to help us hone scenes and dialogue.

We were on the project all the way through to post until the WGA Strike happened. We ended up picketing the Sony lot where they were cutting the movie. 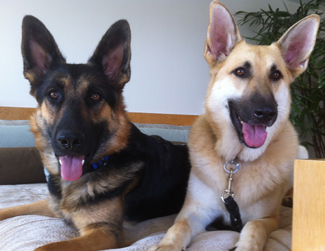 When you approach a story what is your process as a team?

We write everything together. We have side-by-side computers in our home office, but Marianne does most of the typing because she’s a control freak about formatting. We spend a lot of time talking about our stories while walking our two rescue German Shepherds. We really have no set roles. We both pitch lines, try to make each other laugh, and act out action. We both pitch in meetings too.

What is the hardest scene you as a team had to write and how did you overcome the obstacle?

Every script has its impossible scene, but that scene after stealing the DOI in NATIONAL TREASURE took us three weeks to come up with. That one always stands out for us because it was our first experience facing writer’s block while under contract.

You mentioned that you write with no specific assigned roles and just work together spontaneously. Specifically, when you set out developing an original screenplay what is your approach? Do you have consistent things you do when developing ideas?

If we're writing something original or doing a page-one rewrite, we outline and do scene cards with giant stickies that we stick to the wall instead of using a corkboard.  After we have a concept (whether our own or an assignment we are hired to write), we start by asking, "Who is the best/most emotional character to tell this story?" Theme is nice to zero in on early on too, but we have found that theme is often discovered during the writing or even AFTER the first draft. Once we start writing, we usually deviate substantially from our outline because everything changes for us as we find our characters' voices.  That said, it's impossible for us to start without having at least an imagined sense of where we are headed.

Oh, and did we mention that coffee is a major part of all of this?

Based on your experiences, what are the major differences between writing for Film and TV? or similarities?

We had a great experience writing a pilot for FOX called AKA THE JONESES about a pretend family of people hiding out in the Witness Protection Program. We found the process rewarding because it moved so fast. We submitted our pilot and knew within a couple of weeks if it was a yes or no. In this case, it was a no.

Years later, we got a series order on COMMON LAW on USA. We were thrilled because we thought we could still work on movies while running the show. Boy, were we wrong. The reality is that working in TV is grueling especially if you’re a control-freak about everything. We had to give up movies for a year, which was hard for us. We really missed it.

The GOOD about TV: You get to be involved in all aspects from casting to editing to testing with audiences. And it’s fast. You’re writing something that’s on television within a few months, sometimes weeks.

The BAD about TV: Because it’s fast, you often feel like you’re writing on your heels, always playing catch-up.

If you could change anything about a previous project what would it be and why?

This is a really hard question. Every project is your baby no matter how they turn out.

What are you working on now and what does the immediate future hold for the Wibberley writing team?

Two passion projects of ours recently got directors attached. The first is UNCHARTED (based on the video game by Naughty Dog) at Sony. Seth Gordon is at the helm now, so we are hopeful that movie will get made this year.

The second is THE CITY THAT SAILED at Fox. We worked on this on and off for a couple of years. Shawn Levy is attached now. It’s supposed to be his next movie after he finishes Night at the Museum 3.

We’re also writing a family action-adventure movie for Paramount and have a Christmas comedy in development at Fox.