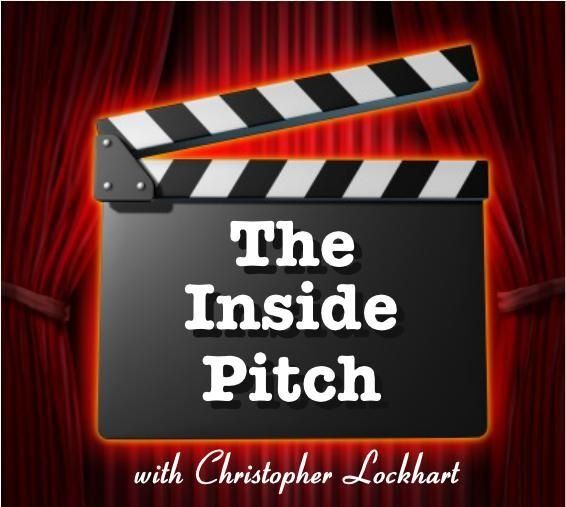 An Interview with Producer Kevin Hill of THE INSIDE PITCH

THE INSIDE PITCH is an entertaining and educational live half-hour (give or take 15 minutes!) show that features screenwriters pitching their story ideas to Hollywood executive, filmmaker and educator Christopher Lockhart. It’s a fun, fast and unpredictable 30 minutes! During the show screenwriters call in and pitch their loglines of their screenplays so Lockhart can critique them but also teach from them. The show is funny, informative, and educational. All aspiring screenwriters should tune into the show. For more information click here.

Kevin, tell me a little about your interest in starting a pitch radio show for screenwriters, were you a writer at one time? In the business? For many years I had been pursuing a career in screenwriting and experiencing some moderate success. I had graduated from film school, Ryerson University in Toronto in 1999. And prior to this I'd been a background extra in numerous films and TV shows, trained at The Second City in Toronto, and produced, wrote and directed some short films. But for the last 6 years or so I hadn't written a thing. I'd come down with the worlds worst case of writers block. The whole situation had left me at a cross roads in my life and I was looking for a project to get me back into the game and re-energize my creativity and this show filled that need for me. So my desire to do this show was at first purely self motivated. But as time has marched on I find it has become a labour of love for me. I truly love doing the show and I get a great deal of personal satisfaction from being able to bring this show to writers. They now have an invaluable resource available to them which they would otherwise never have access to. And all for the price of a phone call...which they don't even pay for anyhow.

How did you and Chris end up working together on the show? I first became acquainted with Chris back in 2000 when he was on a very popular writer's message board. I was really impressed by his generosity, approachability and obvious desire to teach and help writers. During my time there I got involved in an online writing contest and although most of the contests previous to that one were without any form of awards I suggested that they might want to consider giving away coverage to the winner. The first person I approached about doing the coverage was Chris. Although he declined he took the time to thoroughly explain his reasons for doing so instead of giving me a flat 'no' which I thought was very nice of him. (I still have that message saved somewhere) In the years that followed I read his posts faithfully and learned a great deal from them. Eventually I left the board and lost track of Chris. A few years ago I found his page on Facebook. Some people were discussing the possibility of expanding his Inside Pitch concept to a more interactive form. Chris wanted it to be more of a turnkey style operation but most of the concepts were far too elaborate and would require too much of a commitment of time from Chris. I threw my hat in the ring and messaged him about possibly doing a straightforward podcast. He and I messaged back and forth with ideas and eventually we ended up with the show you enjoy today.

Chris seems to have a real talent for talk radio, is that one of the reasons why its been so successful? What's the winning formula? That's funny because Chris hates listening to his own voice and won't listen to the shows. Personally I like his voice. I think it's very distinctive and has a lot of character. But his talent for radio really comes from his passion for teaching and as he put it so eloquently his ability to "talk the balls off a brass monkey". Beyond that it's really just Chris being Chris. I think people gravitate toward personalities who are good at being themselves like he is. People enjoy that kind of openness and honesty and I think it puts our guests at ease and makes for a more entertaining and unpredictable show.

Take us through the production side of the radio show, what kind of preparation must be done? Wow, that could be a whole article unto itself. Well to start with I make sure all of our social media feeds are updated regularly with any news about our show. I try to keep the show constantly in people's minds as well as on their computers. Next I start booking guests about two weeks before our next show. I put the call out through all our usual channels and as people respond I book them. I then follow up with them a few days before the show by asking for their phone number so that I can call them just prior to show time. The day of the show I post a notice on all our feeds that the show will be broadcasting that night. I then contact Chris and confirm the date for our next show. About 15 minutes before showtime I start calling the guests and prepping them for the show. I try to put them at ease and answer any questions they may have. Then usually about a few minutes before showtime Chris will call me. I go over any information he needs for show, review the guests with him and make sure he's ready. Then it's showtime. I bring each guest on the air as he is ready for them. I time each call and try to keep Chris on schedule. I take a very tongue-in-cheek approach In all our promotion. But make no mistake I take what we do seriously, but I also have a healthy perspective on its place in the overall scheme of things. Nothing we do is going to cure cancer. And I try to promote the humorous element of the show to help us reach a broader audience and make the show more accessible to people. Because as Mark Twain once said "the shortest distance between two people is a good laugh." Finally, I also have an iPad which never leaves my side. I use it to monitor all our social media feeds and answer emails and messages throughout the day. This show is almost a full time job for me.

About how many callers and listeners are you averaging and what's the goal? Right now we're consistently booking three guests per show. We find that's a good number for us. It makes for a fast paced show that more accurately reflects the experience a writer may have with an exec in real life. And that's one of Chris' goals for this show, to give writers the same experience they would have in a real world situation. As for our listenership we're doing much better than expected! There's always the low and highs that come with specific times of the year but overall we're seeing encouraging growth. The challenge for us is and always has been that we are a unique show catering to a niche audience. So we're always looking for ways to reach that audience that works within our budgetary limitations. Long term we hope to double our numbers in the next few years and then look at where we can take the show next.

Have any pitches led to a writer getting the script read from the show? I know that's not the goal, but has anyone ever just blown you guys out of the water? No and not yet. There have been some really good concepts that have gotten my attention and Chris is very honest when he comes across something that catches his ear. But to date I would have to say that we haven't come across anything that has bowled us over.

Off the top of your head, give me a memorable or funny moment from the show? One of the funniest moments on the show was when we had a repeat caller and Chris commented on how she had become the Ethel Mertz of our show. The caller then proceeded to break into her Ethel Merman impersonation. I almost fell out of my chair laughing.

Any future plans or developments on the horizon for the show? Where do you see it going? Growing? I do have plans in mind about the direction I'd like to see the show heading in but I don't want to put too much out there. But I will say that I've noticed that writers have a much more difficult time than most other artists do in generating a buzz for their work. You see most visual artists can showcase their work and develop a following through a variety of venues including new media. Even novelists have new and innovative ways at their disposal to get their work seen by those in a position to advance their careers and by the general public. But screenwriters have a unique set of challenges before them. The only people who see their work are agents, managers and execs. And though these people are in a position to advance their careers, this only happens if they take an interest in their work and only if it suits their tastes or needs. You might think that's all a writer needs to move forward. But how many truly worthy scripts have been passed over because they just didn't fit and then go on to languish in limbo for months or even years? Then one day someone picks it up and falls in love with it and it becomes a big hit. Stories like that could fill a library. And of course there's always screenwriting contests. But most of them don't hold much sway in the real world because the majority are simply picking the best of the worst. So the situation begs the question, how can a screenwriter create momentum for his/her work that will increase their odds of success? In the years to come I hope our show will play a role in helping writers overcome this challenge.

When are the shows, when's the next one, and what can you tell us about it? The shows are broadcast live on Blog Talk Radio every month, usually the first or second Monday. And as far as what I can tell you about it, well, it's never the same show twice and you'll just have to tune in to find out what happens next.

Listen to the last show: