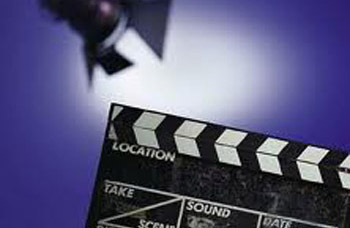 Writing for the Smalls

How to Keep a Writing Career going until that Six-Figure Sale!

You know looking at the Script Sales data that we posted today on the site earlier; I have never really studied the data before. It was always, “yeah, that’s cool,” and I’d move on after reading that a hundred and something writers were lucky enough to option their work to a major production company or studio. This afternoon I did something I haven’t done before: I studied the data. I can’t say it made me feel better about the odds of making a major sale.

Look at these numbers:  a whopping 124 spec sales last year out of a meager 280 scripts being shopped by major agencies and managers. You might be reading this thinking, “Yeah, so what!” Please carefully read those numbers again. Last I heard at least 20k and perhaps as high as 80k screenplays are written by screenwriters (aspiring and professional) every year. And yet, out of all those a measly, scanty, skimpy, pithy,  124 get picked up… hell, only 280 even get the chance! Forget about the odds of a major sale turning into a movie, that’s even more depressing.

Has it hit you or sank in yet? As you slide off your chair and consider why it is you're sitting there right now working on a script… do not be troubled! The numbers I just threw at you, the bleak and hopeless landscape of major spec sales, are not what you need to be focusing on.

For those who don’t know, I’ve been optioned numerous times, hired to rewrite scripts, and even hired to adapt a novel. And, just recently my first film in pre-production and God willing will start filming in March or April. All this after so many years of mild success and lots of blooming failures.

I bring this up for practicality and a teachable moment, not to brag.

Not only were there spec sales last year that made it big, but there were also pitches that doubled the total number of writers getting paid some pretty good money. But think also of all the writing jobs that screenwriters pick up because of a great spec –even though it doesn’t option. And on top of that, think about the smalls… that’s what I said. Smalls.

The smalls are the independent or “smaller” production companies that are making movies for less than a million and maybe 1$ or 2$ million dollars. Lots of scripts, pitches, and writing gigs that are not even counted because they are too small. And yes they are happening all the time. Now I say small, remember those 124 up top were significant sales: at least high five-figures and hopefully all in the six-figure range.

Back to me, because I like the attention. To be exact, I have signed six option agreements; two rewriting assignments; one adaptation job; and recently my first spec script sale. All that and I could never quit my day job completely. All that without an agent. (I had an agent for two years in the late 1990s and she didn't sell anything!) I had to write books, publish articles, sell my blood, hair, stereo and semen… all the while, somehow​, keep writing that next major spec sale. Still waiting to sell it...

My largest sum I ever made at one time was $30k. I've made as little as $4,000 for my work. With my first movie in pre-production – if it goes into production, well, things get a little more serious… BUT my sale won’t count on this year’s spec tally and my other options were never added or counted by anyone; save for me. Yet over the years I was making money and getting a foot in the door… sometimes nearly getting it cut off in the process! I made invaluable contacts with smaller companies, producers, and directors. Those connections led to my first sale and hopefully first produced movie. Small. Two to three million dollar budget.

So the point is, yes: Why Not You! You can write the big spec sale, but in the mean time be open to the smalls… that's where your career can really get started!