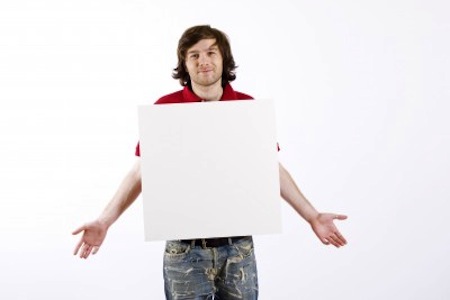 Hollywood loves buzzwords, and one of the latest is "vertical," as in make your screenplays vertical. Like many buzzwords, this one is based on a fundamental truism: it is easier to read a manuscript that is "vertical" with lots of white space on the page than one that has great text density.

You know this yourself. Remember your college days when you were cramming for an exam? What was easier to read, the long dense paragraph that took most of a book's page -- or the airy open text written in short paragraphs? The latter. This is because the eye could race down the page, in a kind of vertical reading style, rather than plodding across the page horizontally. For quick reading, for skimming, the page that invites vertical eye movement is far more friendly to the harried reader.

Now who is going to read your screenplay the first time around? A harried reader, believe me. Readers are over-worked and under-paid. Trust me, I've been one. They also get paid by the script. Does this invite a slow, careful reading? Of course not. Their job is to fill out a form about the story -- called coverage -- and the more quickly they can read a script, the happier they are. Screenplays that invite vertical reading are loved by readers. In contrast, text-dense scripts requiring horizontal reading start out with one or two strikes against them.

Let me reinforce the point with an example. Here is a scene from one of my students:

Derek is walking across campus. All over, there are students reading copies of the official campus newspaper and Derek's magazine. One girl, ANNA KABIS, is laughing hysterically. She is young and beautiful. Derek stops and stares at her. A friend of Anna's is reading over her shoulder, a look of shock on her face.

This snippet has much to recommend it. The writing is clear and direct. But this is not vertical writing. Let's open up the text:

Derek is walking across campus.

All over, there are students reading copies of the official campus newspaper and Derek's magazine.

One girl, ANNA KABIS, is laughing hysterically. She is young and beautiful.

Derek stops and stares at her.

A friend of Anna's is reading over her shoulder, a look of shock on her face.

Notice how much easier this is to read quickly, to skim. Believe me, readers skim your script before anyone reads it carefully! This is, in contemporary jargon, a much more user-friendly version of the exact same language. This is vertical writing.

So, in the example above, we start with a shot of Derek. Then we see students reading his magazine. Then we focus on the girl who will become important, Anna. We get a reaction shot from Derek. Back to Anna, and a reaction to the magazine.

We in effect have directed the scene while at the same time opening it up vertically, adding white space, writing short paragraphs that are easily and quickly read.

Skilled screenwriters know that "white space" on the page is as important as correct format. In fact, a producer once showed me what he called "the white space test." He picked up a random unread script from his desk. He held it out at arm's length and flipped the pages. A dark cloud of heavy text density rushed by. "Too much writing," he said. "Not enough white space." He tossed the script, unread, into a box labeled "Return."

I once agreed to read a screenplay written by a novelist friend. The script's first paragraph took over one page! When I tried to explain the rhetorical realities of screenwriting to him, he called me names I'd rather not repeat, accusing me of selling out to the literary imbeciles of Hollywood. His mistake was thinking that a screenplay is a literary document. It isn't. It's the blueprint for a movie. Put that word in caps: BLUEPRINT.

Make sure your screenplay can be scanned and skimmed as easily as a blueprint. Open up your writing by using short paragraphs (I suggest five lines or less) and simple sentences, avoiding complex sentences and other wordy rhetorical devices. Keep it simple, stupid. Readers will love you for it -- and when they love you, they pay more attention to your story.

Make your screenplays vertical. There's no down side.