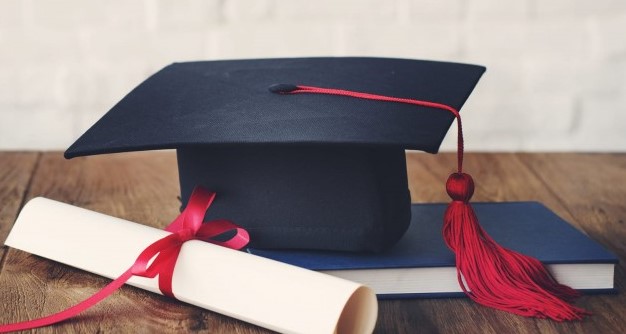 The Best Screenwriting School in the World

A young reader interested in TV [who, it later turns out, wrote the exact same letter to every other blogger in the biz] writes in to ask which screenwriting program is better, USC or NYU. He's on the East Coast but plans to move to the West Coast later.

And I tell myself that a solid spec and good people skills are what really matter. But then I read those oh-so-persuasive articles about the SoCal-educated Josh Schwartz wunderkinds of TV. The ones who sell scripts right out of college, and are helming their own shows before they can get rental cars. And it seems they always throw in a "thanks to those Trojans!" shout out.

When you choose your film school, you're choosing which coast you want to work on, I think. If you make friends in school in New York, they won't be able to help you in LA, by and large, and vice versa. The longer you work in New York, the harder the move to LA will be when you make it, because you'll leave your contacts behind.

The only reason not to start in LA is if you are in fact a New Yorker. In that case, while LA has most of the creative industry, New York has free meals at your parents' apartment and hugs from mum. I'm a New Yorker and I still went to LA, because I didn't know anyone in NY in showbiz.

More usefully, go to LA and get a job as an assistant for a literary agent, i.e. one who reps screenplays. If you can't, then get a job as an unpaid intern until you're worth paying money to. Do this at more than one agency.

Read all the scripts that come in -- most of them trash -- and read all the scripts that the agent is representing --most of them trash, too, but figure out what the difference is between represented trash and unrepresented trash. Grab all the hot scripts that are making the rounds in Hollywood that haven't got produced yet. I think you'll learn a good deal more about professional screenwriting at an agency than you will at film school. And it won't cost you a dime in tuition. And, you'll know a literary agent for when your scripts are good enough to represent.

You can also do this as an unpaid intern to a development exec, if you can't get a job at an agency, but really, the agency is better. Agents know more people. And if you get put on the phone, you'll wind up talking to thirty development people a week, if you're at an agency.

You will make far more useful contacts at an agency than in a film school. Most people who are going to film school won't stay in the biz. The ones that do are not necessarily going to help you. It's hard for a feature writer to help another screenwriter -- any job I give you is a job I don't get myself, so I'm only going to do it when I've got so many projects I can't take another one, or when it doesn't pay enough, or I don't trust the producer, or it's not Guild. In other words, it sucks. (In the world of TV it's different -- I can give you a free lance script on my show, when I have one, and vice versa.)

THE BEST WAY TO LEARN THE BIZ IS TO BE IN THE BIZ. I don't think my movie education really began until I started working. I learned a few things in film school, but I'm not sure they were worth the three and a half years that school kept me from having a full time job in the biz.

Oh, and all the Josh Schwarzes of the world -- they all have relatives in the biz. USC is where the showbiz kids go. So I guess getting to know them isn't a bad idea, because their parents can give you jobs. While you're in film school, you can become their friends, which you can't in the real world, because they won't talk to you in the real world. If you're willing to cleverly and evilly curry favor with the spawn of the rich and powerful, USC might be worth the tuition. But it's a long shot, because they already have friends. UCLA (where I went) and NYU, not so much.

Now: an important caveat. I have never taken a TV writing class. I have NO IDEA if you can learn TV writing in a class, or if you will make any useful contacts. Maybe you can. Certainly TV writers can help each other out in ways feature writers really can't. The real question is: have your professors staffed TV shows? If so, they probably know stuff. If not, then maybe not.

But I do know that what gets you on TV shows is kickass spec scripts, and a friendly agent. So that gets back to the idea of working for an agent, and reading all the spec scripts that come in the door.

Don't waste your shot at film school going when all you need is a foot in the door. Save it for when you know some stuff, but nothing seems to be clicking, and you need to step away from the day-to-day of the biz to get a leg up. Then you'll really maximize what you learn there, and maximize the opportunity it provides you to work with people, get free equipment, and so on. Also, if you go in knowing something, your professors will concentrate on you and not the other people.

His books CRAFTY SCREENWRITING, and CRAFTY TV WRITING have sold over 30,000 copies in English, and have been translated into Korean and Chinese.

Epstein lives in Montréal’s Old Port with his wife and daughter. He blogs about writing at http://complicationsensue.blogspot.com. He/him.

Crafty Screenwriting:  Writing Movies That Get Made