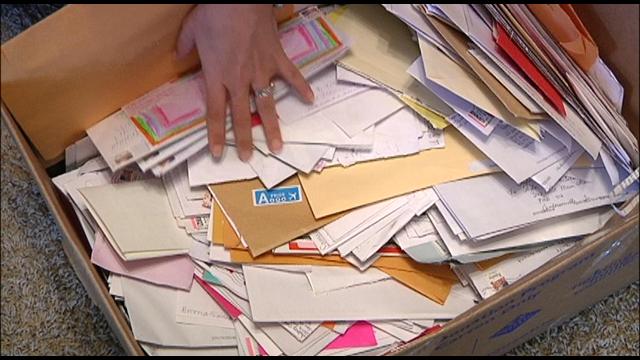 There’s really no right or wrong in Hollywood, but based on reading a zillion query letters, here’s some suggestions when undertaking a letter writing campaign.


Don’t pitch an idea. Ideas are a dime a dozen in Hollywood. It is the expression of that idea (in script form) that makes it unique. Write your script before sending out query letters.

Don’t be in a hurry. Make sure the script is in the best shape before you hand it over to a professional. If he passes once, it’s unlikely he will read it again.

Don’t be longwinded. Draft your query as if the reader has Attention Deficit Disorder. Keep your letter short and make your point quickly. The reader should fully comprehend your pitch with just a glance of the page. If the reader has to fight through countless words and paragraphs, you may lose him. Three short paragraphs are enough (of one-three sentences max). 1) Brief intro (including script title and genre). 2) Logline. 3) Closing.

Avoid silly, self-effacing, or obsequious letters. Sometimes trying to be funny only backfires and lands the letter on the “Wall of Shame” after it’s been passed around the mailroom for some unintentional guffaws. If you’re a comedy writer, it’s most important that the logline be funny. Don't kiss ass. While it's nice to show respect, kowtowing to an agent or exec is unprofessional.

Do not include the scenes from your screenplay in a query letter. Scenes, descriptions of your characters, action or actual dialogue can seem very unappealing when taken out of context. Screenplays deserve to be read in their entirety – as a whole. The success of a script depends on the interrelation of one scene to another – the cause and effect. Reading ten pages out of context might prove you can write but doesn’t prove you can write a screenplay. Faulkner was a great writer and a failed screenwriter. It goes without saying (but I’ll say it), do not include the screenplay unless it was requested.

Avoid insignificant praise and other unnecessary or stupid information. Never include readers’ positive comments. “My college film professor says it’s the best screenplay he’s read this semester.” “The local mailman said my depiction of the United States Postal Service is accurate and riveting.” “Mary Jones at Warner Brothers loves the script but says I must have an agent.” If Mary Jones loves the script, she will do everything within her power to obtain it. Not having an agent is only an obstacle to a writer when the script isn’t up to par. Also, avoid describing your script with hyperbole. Sentences like, “This is an Oscar winner” or “This is the next TITANIC” just tend to turn people off. If you’ve won a reputable screenwriting contest, mention it. But use common sense. It’s not necessary to write (as was the case) that you landed in 429th place in the Writer’s Digest contest. It may impress your Mom but probably not a Hollywood agent. (If you came in 429th place, the agent would be better off reading the 428 scripts that placed ahead of you.) Keep all information in the query letter pertinent. Avoid superfluity. No one cares if you’re a retired accountant or one in a set of septuplets. The exception would be if it pertains to the script. Also, don't make casting suggestions (unless you are targeting an actor’s representative), and do not suggest marketing concepts.

Proofread the letter. One would believe writers have a strong command of their language. However, query letters are often littered with misspelled words. This also includes grammar and syntax errors.

Letters should be sent to a specific person. Be sure their name is spelled correctly. Refer to the “Hollywood Creative Directory,” the Internet, IMDBPro or call for the correct spelling. In general, calling ahead is a good idea. Double check to make sure the executive is still employed with that company. The agent’s name may appear in the “Hollywood Agents and Managers Directory,” but turnover is fierce, and the agent at William Morris today could be at ICM tomorrow.

Avoid writing the letter by hand. Of course, an equal amount of care should be given to the envelope.

Christopher Lockhart is a Hollywood executive, producer and teacher.   For the last 16 years, he has worked within some of the entertainment industry’s most esteemed talent agencies searching through piles of scripts, books, articles, old movies and pitches in search of projects for "A" list actors.   He started at ICM, where he worked with legendary talent agent Ed Limato, ran the Story Department, and facilitated the Agent Trainee Program.  Later he moved to the venerable William Morris Agency, which eventually merged with Endeavor to form WME, the world's largest diversified talent agency, where he currently serves as Story Editor.  He has an MFA in dramatic writing from NYU’s Tisch School of the Arts.  He has taught at Los Angeles Valley College, UCLA and is currently an adjunct professor in the MFA program at National University.    He is an award winning and Emmy nominated producer with credits that include THE COLLECTOR (2009) and its sequel THE COLLECTION (2012), as well as writing and producing the documentary MOST VALUABLE PLAYERS (2010) for Oprah Winfrey.   He is a member of the Writers Guild, the Producers Guild, and the Academy of Television Arts and Sciences.  He has read over 35,000 scripts throughout his career.