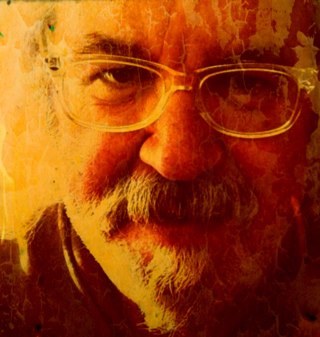 THE DRAMATIST: An Interview with DRACULA & THE WOLFMAN Screenwriter Daniel Knauf - Part Two

A former health insurance broker, Knauf started writing screenplays when he was twenty-seven years old and had his first sale when HBO bought and produced his spec script BLIND JUSTICE (1994). However, it wouldn’t be until the late 1990s when by chance his outline for CARNIVÀLE was discovered online by producers Robert Keyghobad and Scott Winant. From there his career took off. Knauf wrote or co-wrote an unheard-of 24 episodes of CARNIVÀLE. After its cancellation, he continued his TV career writing and producing, among others, STANDOFF, MY OWN WORST ENEMY, SPARTACUS: WAR OF THE DAMNED, BXX: HAUNTED, and  of course, DRACULA.  Knauf also just finished his script THE WOLFMAN for NBC (one of two projects he has setup)  – a script Knauf says is the “best thing I've ever written.”

For Part One of this Interivew.

You mentioned that some writers overtly focus on theme.

I think it was Samuel Goldwyn who said it best, “if you want to send a message call western union.” When I see these movies, they really putt me off.  I think Ayn Rand is completely unbelievable, because she has this message of objectivism and she creates these cardboard characters to convey that philosophy and so the books have no soul. They have interesting ideas but, hey write a thesis, don't try to write a novel.

I came across your sixty page treatment for Carnivàle, which is incredible; you literally created a history of your characters with back stories and motivations.

You have no idea how much I faked that, really most of what I learned about the era was from two of my favorite authors: Hemmingway and Steinbeck.  They wrote extensively about that era, especially Steinbeck.

I watched a lot of movies and picked up the slang and the way people talked; you kind of have a sense of that from just watching films that were made in the thirties.  One thing that was really indispensable was a dictionary of slang that was published in the thirties that we had, and we would find all kinds of weird terms that they used back then.

But stuff like, “everybody's shakes some dust” that is a line I just made up –  I don't know if somebody would have said that in the thirties but it sure sounds like somebody would say it.

I decided to approach it as if it had all really happened and I was some college professor who was doing a thesis about this weird Carnivale. I selected a bunch of documents and I found it was much more fun to do it this way.  And when things are fun to do they are fun to read too.  So, nobody had really seen a bible like the Carnivale bible.

In recent memory what is the hardest scene you ever had to write and what were the obstacles that you had to overcome?

Wow, that's a really hard question.  If something is not coming from my heart, if it is “okay, I know why we need this scene, but there is no real thrill to get me to the next scene.” That can be tough. Occasionally you have those kinds of things where you owe a little bit of exposition here, and nothing is going to land later on if I don't have this in there.

Those kinds of scenes are a little harder to write because you don't get swept up in them. Sometimes if you watched me write, you'd think I was a crazy person. I'll be laughing sometimes while I’m writing; sometimes I have actually made myself cry. I will be sitting there and these tears will be streaming down my face.

You kind of pray that those scenes are just a place holder scene so that all of a sudden you are going to go “oh, I know a much better way to bridge up those scenes.” Or you look at it and you go, “you know what I don't even need that bit, I am just going to chuck it.” But I'll know I’m treading water and I’ll fix it.

Sometimes it takes a little while to get the motor running. I also can tell if I came into the scene a little bit too early or I overstayed my welcome in the scene. But that is why we work in pixels instead of marble and chisels.  It is called writing and then there is creating and there is a second activity that is called editing and never the two shall meet. You cannot be thinking like an editor while you are writing, that is a recipe for writers block.

I never look at my work from the previous day unless I have to reference somebody's name or keep something straight, but I never sit down and read pages. I write like a guy who is being chased by a bunch of guys with machetes. I blast through the first draft, if the first draft should be fifty pages and it is sixty-eight pages, I know I’m going to cut eighteen pages and that's when I edit.

I think that is a good point, often as writers we can't get out of our own way sometimes.

Yeah, I always stick to the Popeye Doyle’s line, you know he's picking his toes in Poughkeepsie.  A lot of people want to pick their toes in Poughkeepsie with regard to their own material, they spend too much time rereading and then suddenly they are editing what they wrote and they shouldn't be. You should be writing, you don't go back and start fucking around with the five pages you were working with yesterday, that is crazy. Do it when you’re done.

Is there a big difference anymore between film and television writing?

Well the biggest difference for writing a movie, you are generally writing a pageant. It is all about spectacles; it is about gigantic set pieces. I’m talking about your summer blockbuster; the set pieces are almost like a pageant rather than an actual story. I think that if you are serious about writing characters and you are serious about writing traditional narratives or stories, I think you’re better off in the television business.

Now you look at something like Silver Linings Playbook, that’s different, but generally that is not the case.

That being said, the line is becoming more blurred between feature and TV quite a bit the last five years.

The other reason that TV is better, I own the director. I’m on the set and I respect the director, he is doing his job. But if I don't care for something I’m going to make a suggestion or if I don't feel as though we got the right performance I’m going to say let's do it again.

Whereas with the film industry it is the director’s medium and it shows. It is not about character when they get into superhero movies or that kind of stuff; it is just about bombastic situations and sort of big gigantic effects. They are fun movies, I go to them and I enjoy them.

But to me the most interesting and amazing special effect you can put on film is to have a great scene with great actors. So that's just where my head goes. I mean, if you want to write fireworks and that kind of thing, you want to write big gigantic stuff, write for film.

Also with film, look at who wrote the movie and there's eight names on it. But with television I will write something and the next day I’m on the set shooting it.

How has the filmmaking world changed since you started?

Well today is better, the lunatics are definitely in charge of the asylum. I have my computer on my desk that I write on, but it is also an editing bay that can do special effects.  Ten years ago that would have cost about, probably two-hundred thousand. You also can buy a consumer camera that is going to capture images with broadcast quality.

So it is possible now to write, shoot and edit, and then you've got worldwide distribution on the Internet. The only problem is, there is a noise ratio, and the important thing is getting your stuff seen by the right people. It used to be, when I started with this business you had trolls guarding the bridges and you had to slip past them.

The Internet is a game changer for everybody.

Absolutely and the sad thing is some people are standing around like prisoners where they throw open the gates and give up. Well guess what? The guards went home about five years ago, you can do anything you want right now, it's the best time in the world to be a dramatist.

When I’m on the set, whether it’s the camera man or the actors, whoever you walk up to, and they say “hey how are you doing?” People just routinely go, “living a dream.”

Because we got the biggest train set in town, it is the most fun job you could have with your pants on. At the end of the day it is like we are the ones who made it through the gauntlet. And so everybody on the set is sort of a special breed because they are the ones who didn't give up.

I’m not going to live long enough to get jaded. I drive through the studio gates and every time I’ve got this big shitty grin on my face like I just robbed the bank. I’m like, why are you looking to me, I can't believe that you pay me for this shit, it's fucking great. It’s like paying me to breath.