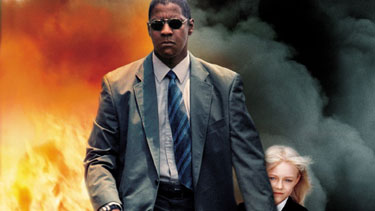 Script to Screen: MAN ON FIRE

An early draft of the screenplay for MAN ON FIRE written by Brian Helgeland based on the novel by A.J. Quinnell had some differences from the finished product – obviously during script to screen changes are often made. However, there are a couple significant ones worth mentioning and all of the changes in the final product were for the better. A movie like MAN ON FIRE is a great example of the collaborative process of filmmaking. Helgeland himself notes this in his BAFTA lecture.

Interestingly enough there was a 1987 production based on Quinnell's novel starring Scott Glenn and Joe Pesci. This film was originally to have Tony Scott direct, but instead Elie Chouraqui did the honors.

The script (dated June 17, 2002) is obviously well written. But one important detail that both the script and the movie had in common before I cover the differences, the inciting incident, when Lupita is kidnapped, it does not happen until well into the story. (Note: the original script has Italian names that I have omitted as the original story takes place in Italy, not Mexico as does the movie.)

Last time I told you how NEBRASKA got going early, this time I am giving you an example of a more “plotted” story. There had to be more of a foundation built early between characters before taking off on the adventure. In NEBRASKA no such developed was needed as it would occur during their journey. In MOF, the establishment of these important relationships had to occur first to be grounded in order for the rest of the story to work.

The main character is Creasy played by Denzel Washington. He is an ex-assassin who has evolved into an alcoholic tormented by his past sins. He asks his friend Paul (Christopher Walken) “You think God will forgive us for what we’ve done?” For which Paul says, "No." But Paul is at peace with his past, he stopped killing when Creasy could not. Creasy is down on his luck with no prospects so Paul finds him a job as a body guard. From there we meet Lupita and her parents Lisa and Samuel Ramos.

In the June 2002 draft of MOF it is not until page 50 that Helgeland gets to the kidnapping. There is scene after scene of Creasy in the car driving Lupita and her mother all over the place.  Why? The script had to establish the relationships between the characters, especially Creasy and Lupita.  This took place in the car part of the time. Before getting to the kidnapping there had to be a connection between them, otherwise it would have been a stretch for us to believe that Creasy would go to the lengths he will to exact revenge. The movie likewise takes its time getting to the kidnapping, allowing us to get with the characters and accept their relationship.

Brian Helgeland is one of my favorite writers and for good reason. However, in the original script (and I assume the book) Lupita is killed (raped and murdered) and then he sets off on his revenge tour. In the movie, the police and Creasy think she is dead, but she’s alive (and thankfully). To have her so brutally killed at essentially the mid-point would have made this a far darker movie and I’m not sure it would have worked. They way the movie ends is far more rewarding.

As in both the script and the film Creasy dies at the end. His character exacts his revenge and dies peacefully when he had lived for so long tormented by his deeds.  Only in the film Creasy achieves redemption by finding Lupita alive and sacrificing himself. This was key and made the movie a more powerful and emotional story.