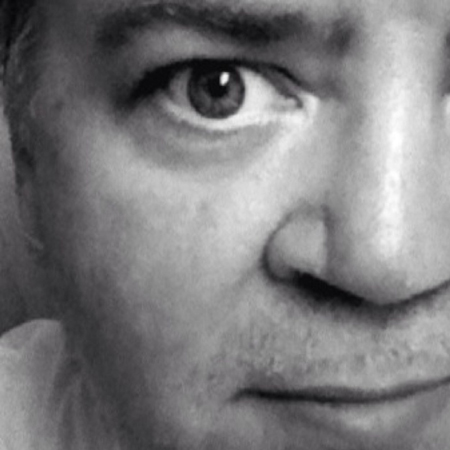 Jeff O'Brien is a Canadian born (Vancouver) screenwriter having studied screenwriting at the Vancouver Film School. A fairly prolific writer, he has written for numerous international film companies from Mexico, Chile, France, Canada and the United States. His first produced feature was BLIND HEAT, he also wrote the award winning feature LA TAQUERIA, and currently has several projects in production. In this inteview O'Brien talks about how he got his start, what it's like writing for international companies, and how he approaches the craft of screenwriting.

You have 13 credits on IMDB as a screenwriter, how did you break into the Canadian production scene? You're Canadian born and educated, was that where you made your first connections in film school?

I took a few courses in film history and theory in university but the way they were presented was so boring I changed direction and was planning to go into advertising.  I took a writing course at a venue here called The New Play Centre and later a screenwriting course at the Vancouver Film School. I don’t think I have a single contact from those days.

Back in 2001 you had your first produced film, BLIND HEAT, how did that come about?

I had posted a few synopsis of spec scripts on an early script sales website.  Peter Hamilton, an American producer working in Mexico saw it and contacted me.  I was hired to write BLIND HEAT from their outline.  It was an adaptation of a novel by writer Vicente Lenero. The finished movie is an erotic thriller, very fun cast and great settings.  I’m fairly proud that I was able to convince the director  Adolfo Martinez Solares to take all the interior scenes and open it up by showing off Mexico City exteriors some more.  There was a lot of action in the outline that took place in offices and apartments and such and didn’t take advantage of an amazing city.  The producers had the connections to get some amazing locations and a lot of extras that gave the movie a really big look.  I’m quite proud of a review we got in TV Guide that said the movie was “satisfying sleazy.” 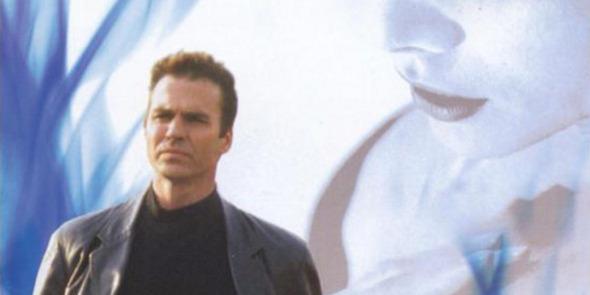 You have worked with New Image Entertainment a lot it seems, what's been your connection there? It must be a good mutual working relationship?

New Image is a fine arts school in Vancouver that is home to New Image Entertainment.  They make feature films with a mixture of acting and makeup students and industry professionals, some of who also teach there –  It’s a lot of fun and at this time they really dig the genre projects that can showcase the makeup and SPFX talent they are developing.  Very much a collaborative process with the production team and other writers.  I wrote FAMINE with Ryan Nicholson, BAD BUILDING with Phil Granger and did some development on CANNIBAL LIPSTICK.  The most recent film THE PRIVILEGED started as a spec I had called BEYOND DEATH’S DOOR. It really came to life when fellow writers Paul Burton and Jordan Boos came in.

You're an award winning screenwriter of LA TAQUERIA, was that a spec script or an assignment and what was that experience like?

Like BLIND HEAT, that was one of those early websites, probably a bulletin board really.  Houston filmmaker Martin Delon had a project about a Houston Taqueria and he wanted to make it in the style of a Mexican telenovela.  Shot on tape look.  It was a lot of fun. Lots of characters and several subplots.  It’s a dialogue driven movie, very much about the immigrant characters telling their stories.  Like BLIND HEAT, Martin had the overall story and the characters but was very, very open to my input.

I understand you have done a lot of "for hire" development work on existing material, what is your approach to rewriting another writer's script?

Really have to remember that the finished movie is the most important thing.  There is the urge to respect the work of the original writer but you really have to detach from that and do what is needed to make it work as a shooting script.  It’s easy to be too reverent of the original material and then the problems don’t get corrected.

What is your writing process like? How do you approach a new assignment versus a new spec script?

I outline like a maniac.  I’ve done a few spec scripts without a complete enough outline but there is always time to fix problems and there is no real pressure to get it right and get it right on time. One feature didn’t have a complete enough outline and it was incredibly stressful.  I did it myself against my own instincts, didn’t listen to my inner voice and it was a very difficult experience.  Lots of late nights to get it right.  It’s much easier to make changes when you know when you are going. An outline doesn’t lock the script up, it frees you to make changes in how you get where you are going.

How long did it take you to get your first agent and how did that happen?

I’ve had a few agents, both of whom came as referrals from filmmakers I had worked with. Also an attorney to handle jobs I found myself.  I know a lot of people, more all the time, who work without agents and have lawyers for the paperwork.  Not at the A list level but certainly indie filmmakers.

What advice would you give to an emerging screenwriter working on their first big break?

Take any job that is a lock to be filmed, just to get that experience and that first credit. It’s very important.  The people you meet will likely be the people you network through for your next job, whether through them directly or through their contacts and so on.  And make sure to get a fee. Any fee. Even beer money. Don’t get a reputation as the go to guy who will work for free.  Professionals get paid.

How closely do you work with producers when working on assignment script?

Not so much with producers alone but in general, very closely with directors – many of whom are also producing. I’ve worked with veteran filmmakers who have a deal and know what they want and  don’t need to spend a lot of time getting it right. They can have the script they want in a few drafts.

Any advice for writers when they work with producers on rewrites? Pitfalls to avoid?

Yes, speak your mind.  Writing a script is really solving a series of problems.  You’re hired to write so be the problem solver.  Don’t leave it to producers to be the ones offering solutions to story problems.  I mean, they WILL do that but when you have a project with several producers, all throwing notes and conflicting “suggestions” at you, you can’t be a yes-man trying to please everyone.  That isn’t your job.  Writing the script is your job.  If the ones paying you TELL you what they want, then you have to make it happen, of course.

What do you have coming up as a screenwriter?

Pitching ideas more and working on spec scripts less. Working with some very talented co-developers. I’m very open to working with previous directors but can’t keep one foot in the past. Opportunities grow as the network expands.  I’ve been lucky to work with directors from all over the world. North America and also France, Mexico, Chile.  I’m working on a script set in England and also a couple of genre projects in Canada.

Where do you see yourself in 5-10 years? Any ambition to direct?

Well, no surprise that I love Mexico. If I could be in Mexico making a living writing half the year, I think we would be very happy.  I’ve a few irons in the fire to try and make that happen.  There are lots of low budget films being made in Canada and Romania and for SyFy and Lifetime and other outlets. I’d love to start attracting productions like that to Mexico.  The infrastructure is there, the time zone can be the same.  There were several US TV shows shot there in the nineties.  I really want to make that work again.

I’d like to direct and have had a few offers over the years but I really don’t have the skills or the time to learn.  I’d like to co direct with an experienced director or at least be on set and have a lot of creative input.  I’d like to do more interviews like this one and would love to be invited to a convention.  Many of the directors I’ve worked with have done Canadian cons and it would be nice to be there as their writer.