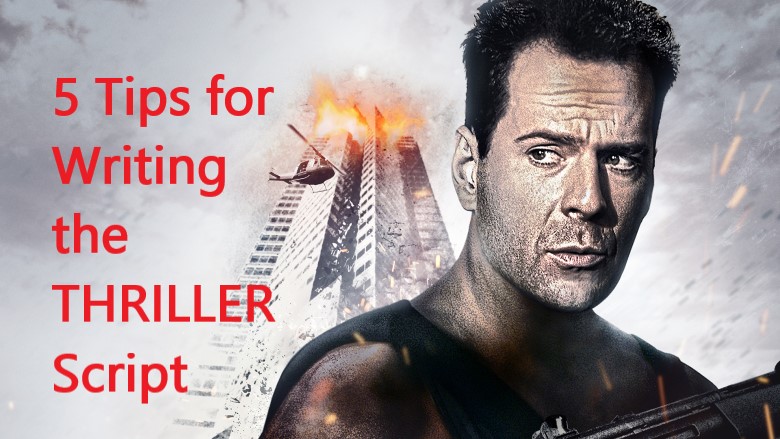 5 Tips for Writing the Thriller Script

1. Make your Hero interesting.  A clear cut good versus bad is not what I am talking about.  A hero can be dark, anti-heroish to a degree, whatever, but you have to make your protagonist compelling.  Overcoming flaws and habits -- ones that nearly bring the hero down -- make the story far more engaging and real.  Create a backstory that brings us to an emotional connection with the hero so as they suffer we suffer with them.

2. Have your Hero posses some kind of Special Skill.  Remember the moment in Taken when Liam Neeson says, "I have a particular set of skills..."  That's exactly what I am talking about.  You don't usually have your hero announce his/her special set of skills, they (it) becomes apparent relatively quickly.  Even John McClane in Die Hard had a special set of skills, he was smart, cunning and tough as nails.  Again, they don't have to be perfect, they can possess flaws, but the hero must have a skill that they employ to win.

3. The Bad Guy has to be really Bad.  Make the antagonist witty, dark, evil, intelligent, cunning, whatever... just don't make them one dimensional either.  You should also humanism the bad guy, remember, they really believe in what they are doing.  They have a messed up logic to it, but they still have reasons for the reason they are doing what they are.

4. Character introductions must be early and begin with a BANG.  Expectations of genre, this is a thriller/action movie and it better open with the central characters in an exciting and captivating way.  Don’t worry about backstory or exposition until after this intro.  This opening / character intro should hook the viewer and get them engaged immediately.

5. Create difficult Obstacles, intriguing Plot Twists and unexpected Turning Points.  You have to take us on a roller coaster ride of excitement and emotion.  Just when you get the reader setup to one thing, take them in a completely unexpected direction.  Create what seem like overwhelming obstacles, and keep the action at a fever when it is required.  Make sure the "thrill" is in your thriller!