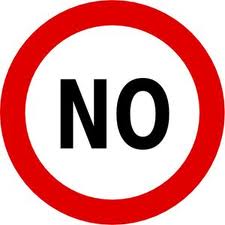 I Will Not Write Your Script

Stop asking professional writers to write your script for FREE!

I did it once and I liked it... NOT! I did do it once. One time I was approached by a friend who wanted me to write a story based on their experiences/ idea. This friend was an embedded journalist in Iraq and wanted something about that experience turned into a script.

We were having drinks... I like her, wish we were not in the friend zone. So she had that going for her. Plus, she's a great person. So when she started to pitch this idea I was listening... Mistake number one! I didn't really see it coming at first, she was just telling me about her experiences.

Then bam, "Hey, you know what, you should write this........" Ugh. About spit up my drink, but I kept it down. "Yeah, you should totally do this," she said. And then it was more chatting and more discussion about this aspect of the story and that aspect. Then she hit me with, I know so and so (this actor who will remain nameless) and he wants to do it. This got me to perk up in my seat. Getting a decent name like that attached would be like gold.

I got suckered in. The next week we talked several times, exchanged emails, talked some more and before long I had an outline and presented it to her. She of course loved it, after all, she's not doing any of the work, I am!!

And then I started writing. Now mind you, I am a professional writer, I have to work to survive. I only eat what I kill and now I'm on some f--ing safari with no meal in sight. I'm out there with my spear and bow and quiver and there isn't anything on the horizon.

So I wrote. I wrote and wrote some more. Spent weeks plotting and crafting and producing a really good damn script. Six weeks I arranged a meeting and gave her the script. She gave me a big hug and kiss, we sat. She just looked at me with that friggin look, and then laid it on... "So and so isn't interested anymore!!"

I got up and walked away and haven't spoken to her since.

I WILL NOT WRITE YOUR F--ING SCRIPT, you do it!

I want a contract, payment, and a deadline!!!

I am a professional screenwriter with some years of experience, but I'm gonna say some shit on here that might piss some people off so I am the Mystery Screenwriter.