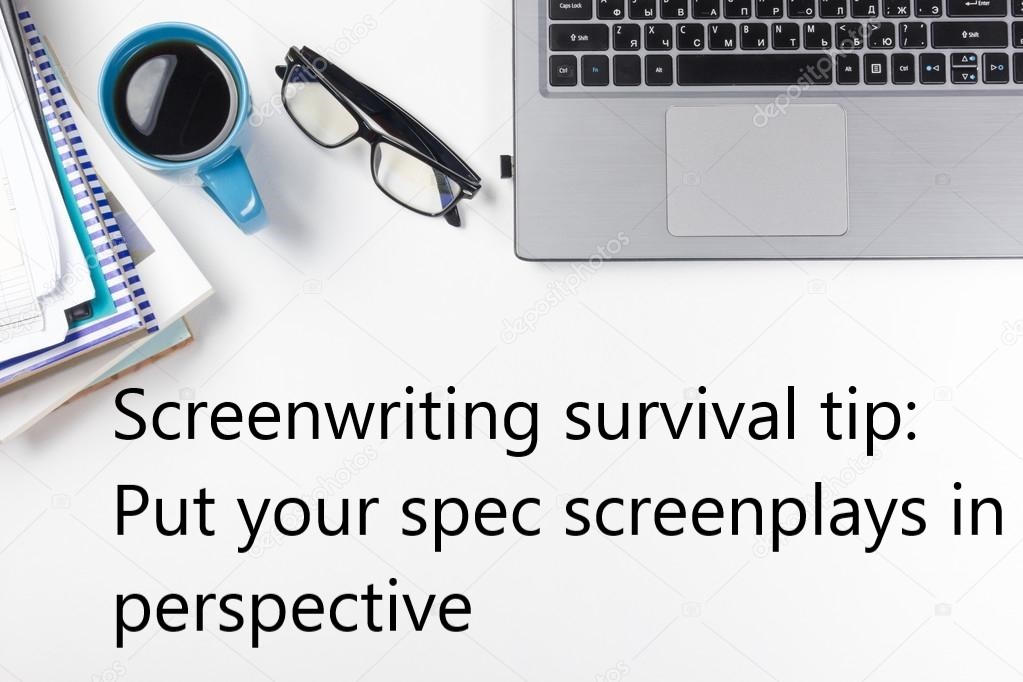 Remember in The Empire Strikes Back when Han Solo said to C-3PO, "Never tell me the odds!" In 2019, only 32 specs sold in Hollywood. In 2018 there were 40, and 2017 there were 62 specs sold. In addition there are reports of 50,000 screenplays a year being registered with the Writers Guild. Do you see where this is going? I don't mention these numbers to scare you, but to make you realize the daily mountain you climb to reach any level of success as a screenwriter in the film business. Your perspective about the real world potential of your spec is vital to your mental stability as you pursue a screenwriting career.

The longer you're writing, the mountain you're climbing is the pile of your spec screenplays. Creating a volume of material is integral to mastering the craft, discovering your style, and showcasing your ability. It's only after the first handful of bad screenplays and then achieving a professional level of writing that you can start creating a solid body of work. It will surely involve critical feedback and rewrites. So what's the proper perspective for survival on this long haul journey? Never look at your spec screenplay as a million dollar sale. Also never write yourself into a desperate situation where you need to sell your spec to pay the rent or house payment. The best case scenario is that your specs becomes superb writing samples that can secure you representation and highly coveted assignment work.

You may ask, "Can a spec sell from an unknown screenwriter?" Sure, anything is possible — but it's rare. It may take ten years and a pile of specs to sell the first one. Some writers have sold many, but it's a competitive business where so many factors can work for you — or against you. I've only sold one spec in my career to date, and it was my fifth screenplay written a year after graduating flim school. It took seven years from my first draft to the first day of filming in Los Angeles. The sale and later production were great, but the most important part was that it launched my career and opened the door to screenwriting assignment work. That's been my steady job for the past twenty years.

If you don’t put in the necessary work with solid rewrites from constructive feedback and create professionally competitive material—your specs will be wasted as you burn precious time and derail your career aspirations. Specs are a necessary part of every screenwriter’s journey because they are the scripts you “cut your teeth on” to prepare you for when you do get hired for assignment jobs. It's the time to make mistakes and learn before you make those mistakes on a real job and get fired. Be realistic about your career aspirations. Keep your dream alive by continually writing and networking.

Before you start your next spec and burn precious time, consider how it figures into your overall screenwriting goals. Think of the bigger picture, set up a writing schedule with a realistic deadline, create a solid story outline before you start pages, and then put your ass in a seat and start filling those blank pages. It's a good perspective to have on this long haul journey to success.

Mark Sanderson (aka Scriptcat) is a Los Angeles based screenwriter, author, script consultant, and sometimes actor blessed to be living his childhood dream of making movies with forty feature screenplays written in a wide range of genres. His work includes sketch comedy writing and performing as a founding member of The Amazing Onionheads sketch troupe, writing for MTV, his spec sale, two TV pilots, and twenty-three screenwriting assignments that have produced television premieres and worldwide distribution of his fifteen films.

Mark’s long association with award winning Hollywood filmmakers dates back to his first produced screenplay and has since worked with Academy Award® winning producers, veteran directors, and has written films starring Academy Award®, Emmy®, and Golden Globe® acting nominees. His book, "A Screenwriter's Journey to Success" is available on Amazon, and he offers screenplay consultation services, workshops, and webinars on his website: www.fiveoclockblue.net