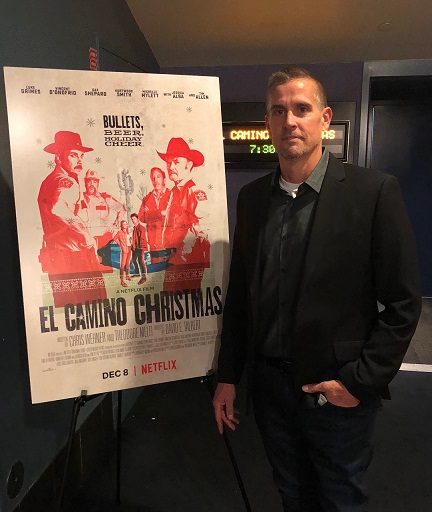 In 25 Years: What I've Learned about Screenwriting and being a Screenwriter

(This is a follow up to the original I wrote 13 years ago).

I’ve been a writer for twenty-five years now and I can safely say that I’ve learned a few things over that time about myself and writing.  I’ve been a screenwriter, non-fiction writer (masters in history and published), columnist, and teacher during this time.  I’ve sold, optioned and been hired to do adaptations and rewrites.  I truly always believed I could get a movie made but that was more blind stupidity than reality.

Remember that life comes down to a simple equation (I know I hate math too):  When it comes to life, 60% is just showing up whether it be as an employee or a parent and the same goes for writing.   You have to write, every day;  30% is faking it.  What I mean is going the extra mile even when you don’t feel like it.  Sometimes you have to have that business relationship with someone that you may not necessarily like, but to burn a bridge would be detrimental… until you absolutely have to;  Finally, 10% is luck.  Some people just get lucky, they run into someone who reads their script or know someone or a friend passes on their script… just situational luck.  But its preparation meeting opportunity that is luck really.  Have at least two really good scripts and well thought out pitches for them.  Anyway, that’s 100% life especially for a writer.

So with that in mind here are ten “thoughts” I’d like to share, take them or leave them:

2) CHARACTER.  I am not talking about the ones you create at midnight in the throes of a creative convergence. I’m talking about YOU!  Your character as a person and your psyche. You have to learn to live with yourself no matter what ends up happening.  At the end of the day its just you standing alone.  On no less than four occasions I was convinced that I was going to have my movie made until it finally happened just two years ago. We had funding & contracts (if it weren’t for that cast approval thingy) a couple times; had Deal Memos and it all added up to only more frustrations. I gave up writing twice only to realize it’s a part of me.  Never sell your soul to the devil unless you’re willing to live with him.

3) TALENT. Ok, I put this third as we all know there are marginally talented folks making lots of money in Hollywood (and a lot of really talented ones!).  I know so many talented writers that have never gotten their shot and may never will.   I know some writers who just simply got lucky.  That 10% kicked in for them.  I think talent is right there with:

3a) CONTACTS.  It’s a WHO you KNOW business. I truly believe that.  What was it I read recently? Oh yeah, only about 4 or 5 percent of Hollywood’s screenwriters get the top screenwriting gigs.   Think about that.  They are the ones making all the money because they are the ones who have the contacts.  Are you serious about making it as a writer?  Well, you can start with the online stuff, independent route, and that can get your foot in the door.  (I know I wrote a book about it, link here).  But ultimately, I truly believe, you have to go THERE to L.A./Hollywood to give yourself the BEST chance at success.  You want to get “lucky” you need to be in the town and run into or meet that ONE person that changes everything.  For me it was Ted Melfi.

4) BE A STUDENT.  Not so much in the take classes continually sense (though I do teach online classes and taking 1 or 2 can help :). But as you develop your craft you must always be reading, writing, and watching. Improve your craft (art) by always being on the KNOW. Watch movies, read screenplays and books, read those Hollywood insider mags and websites, and always be writing.  When you read a screenplay to a produced movie pay attention to the writer’s voice and tempo and pace and style and well you get the point.

5) COMMITMENT.  This goes with Patience and Character, but we all know there have been lots of folks who succeeded without a lot of heart or commitment. But for us, you and me, we have the heart to go on every stinking day.  You have to commit to everything about being a working screenwriter some day.  Commit to everything you can to be successful.

6) THICK SKIN.  I have had some of my writing literally thrown away in front of me. I have had my ability as a writer questioned (and maybe rightfully so). You have to be able to take constructive criticism, that’s a no-brainier. It’s that egomaniac, bug-eyed, red-faced producer who froths at the mouth when they don’t get what they want though they can’t communicate what it is they really do want.  And when they start spitting trying to sputter out their contempt for you.. ah, Joy.  But seriously the rejection is at times overwhelming.  Query after query with no response then submission after submission with a “Pass” or a “Sorry we didn’t react to the script like we had hoped.”   Time and time again… Even when you do get some positive response it’s usually code for a “No.”   A “Maybe” always means no; they “Like” it means a No; they have to “Love” it and even then that’s fleeting at times.

7) USE THE INTERNET WISELY.   There’s a lot out here that can help you, use it. It can be your foot in the door. But don’t let it become your crutch. Sometimes, a lot of times, just reach under that desk and pull the plug. Grab a notebook and a pencil and go outside and:

8) LIVE LIFE.   You will become a better screenwriter if you get out of that apartment, duplex, condo, whatever, and go out and smell the flowers or the sewage stank on Hollywood Blvd. You need to experience life in order to fill that well of knowledge, emotions and experiences that you can tap into and use in your writing. It takes more than creativity or imagination to be a writer. It requires that you hurt a little, bleed some, and heal over time. It requires that you live a little, okay a lot.

9) YOUR CHARACTERS. Okay I have to mention the actual craft and art that is screenwriting. What I have learned? Well, it’s not so much about plot twists or hooks, though they are important in certain respects, but at the end of the day can you write great characters? You must write the kind of characters that rapture your audience (reader) and make them forget what is around them. Craft them well, make them real.

10) GIVE YOURSELF PERMISSION TO GIVE UP… so long as it is only temporary.  Good luck, keep at it.