Jonathan Hensleigh is one of the most prolific screenwriters in the action/adventure genre of films, he is noted for being an old school action screenwriter and director. Before he began his career in film, Hensleigh was an attorney in Manhattan. Jonathan started his career writing episodes of The Young Indiana Jones Chronicles for George Lucas on ABC. He wrote Die Hard: With a Vengeance (1995), reconceived from his original spec script Simon Says. He followed that with Jumanji (1995) then The Saint (1997) (although his script for the Saint was heavily re-written by Wesley Strick). After that, he enjoyed a long working friendship with producer Jerry Bruckheimer with whom he collaborated on many projects since 1996. Even though he re-wrote the entire script for The Rock (1996), the WGA refused to grant him a credit. 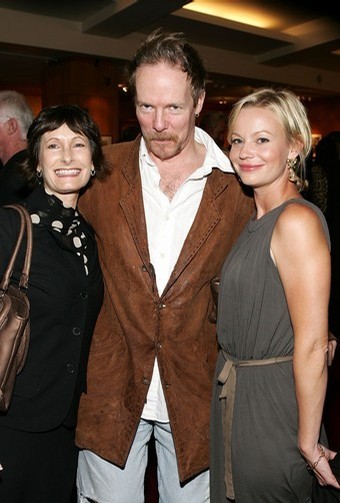 He did uncredited re-writes on both Con Air (1997) and the remake of Gone in Sixty Seconds (2000) and received executive producer credits on both. Armageddon (1998), written from his original idea, was the second time Jonathan had the highest grossing film worldwide at the box office. The other was Die Hard: With a Vengeance (1995). He made his directorial debut in 2004 with the Marvel character The Punisher, which he also wrote. His next film, Welcome To The Jungle will hopefully be released in 2007. Once his and Thomas Jane's schedule both become available, he plans to start shooting The Punisher 2.

After writing several successful action movies, many of which Hensleigh could not receive credit for like The Rock, he is now making his directorial debut with The Punisher. Based on the Marvel comic book character, Hensleigh also wrote the script. The story centers around Frank Castle, a retired cop whose family is murdered by the father of a criminal who got killed during a sting operation. Castle is left for dead, but survives to avenge his faimly.

It is actually Hensleigh’s first full on revenge story. Even Simon Gruber in With a Vengeance reveals he doesn’t care about avenging his brother, and the Bruckheimer movies are more about reluctant heroism. Yet, such a prolific genre writer is surely familiar with such themes, as Hensleigh revealed in this interview.

Why are revenge stories still so popular? I think they’re primal. I think if you analyze that, it’s certainly not a sign of the times, today or any other. I think if you analyze every single decade of Hollywood history, the ‘20s, ‘30s, ‘40s, ‘50s et cetera, et cetera, you’ll find that each decade features a number of very strong revenge pictures. I think that they’re just a staple of American cinema, sort of a subgenre if you will of the action-adventure genre. And I think that they’ll always be popular. They’re very immediate and emotional. You get behind the protagonist right away because you see the protagonist being wronged, having everything taken from him. So you root for him.

Why do you love The Punisher comics? It’s been going on for 30 years, so I’d like to respond that the picture that I signed onto to adapt was Garth Ennis’ “Welcome Back Frank” series, so that’s what the movie’s based on. So the reason why I like that particular vein was because I like the outcast, broken nature of Frank Castle and I like the fact that Garth took that character and put him into this dank, tenement apartment, surrounded by these three other broken outcast individuals. I just thought that that separated it from the normal, run-of-the-mill graphic novel. I just thought it was utterly unique, I’d never seen anything like it, and it had a sweetness to it that I really responded to.

Was it an easy sell to direct an action movie like this, because you’ve written so many? Thank God I didn’t have to because Avi Arad and Marvel Studios, he was my proponent at the studio level. I didn’t have to sell myself to Avi and Avi sold me to the studio. So I’m very grateful for that.

What was the most challenging thing for you being a first time director? The challenge wasn’t about being a first time director, it was handling the scale of this production in a 52-day schedule, on the budget that I had. And the gauntlet that was thrown was, the mandate if you will, was that we were going to try to make a big, big scale action picture for a lot less money than most of the budgets than these things are shot on. That was it. It was just driving myself and driving the crew to get the shots and in a much shorter schedule than most pictures use.

Did you collaborate with Michael France on the Punisher script? You’ll have to ask the WGA. The credits department on that. That writer wrote an earlier version of the script. There is tremendous weight given to the original writer of any of these pictures, but I didn’t use any of his material.

The film gets more heightened and “comic book-y” as it moves along. Was that your intention? Yes. Absolutely. As a film fan, I don’t like pictures that fail to escalate properly so I tried to carefully plot the picture out so that the graph of the picture was ever escalating and so that it would end with a bang if you will, that it would reach a crescendo.

Did you ever worry that you’d lose the realism if it became too kitschy with one-liners? Yeah, again, look, there’s a certain style that everybody’s writing in filmmaking and that’s just what I do. I don’t care what adjectives are used. You can call it cheesy or it’s a little bit kitschy or whatever, but I try to leaven the seriousness of stuff at times. I think it’s just sort of a nod to myself; it’s certainly a nod to the audience that proceedings aren’t to be taken so seriously. That’s all it is.

What was your process of adapting a comic book compared to adapting Jumanji or The Saint, and versus writing an original script? The Saint was an original script that was just based upon the Leslie Charteris novellas, I didn’t really use any of that. It’s easier, because you have a lot more to draw on. You don’t have to invent everything out of whole cloth. There’s so much inspiration to be found in the underlying material, so I liked it very much.

Was it easy to adapt your own Simon Says to become Die Hard 3? Oh, I don’t know. I can’t compare. They’re two different processes.

Simon Says is still such a wonderful success story. Should writers consider adapting their specs for franchises and pitch them that way? [Laughs] It’s an interesting question, but it’s too much determined by the whims of the studio executives. You have so little control of that. It wasn’t my idea to do that. I wrote Simon Says. It went on the spec market and was bought for a million dollars by Fox and they didn’t do anything with it, they fired me and started rewriting me. I was not very pleased by all that.

The million dollars surely didn’t hurt. It’s nice, but there comes a point, and a lot of people in Hollywood will tell you, that it’s not really about money. That sounds disingenuous but it’s true. I submitted the script to John McTiernan, we were working on another film, and I gave him that and he said, “My God, this would make a great third installment of the franchise,” and that’s how it happened. It was sheer luck that McTiernan himself saw the script as the third- - he was the first one to identify it as a third installment.

It has to be someone else’s idea then? The writer doesn’t control anything in Hollywood. You’re not part of the decision making process of what scripts are greenlit and which ones aren’t.

How much of The Rock was yours? Well, I wrote the shooting script. It’s probably the single worst thing that’s happened to me in my professional career that I was denied credit by the WGA. I don't think I’ve yet gotten over it. I’m still bitter about it.

Can you still be proud of a film that’s so good when something like that happens? Am I proud of The Rock? Oh, enormously. Very much so and everyone in Hollywood knows I wrote the thing.

Do you still take rewrite work?No.

What is your writing schedule? I will write in a state of hysteria, usually about anywhere between 12 and 16 hours a day, often way into the night.

When do you sleep? You just sleep when you get tired. I work myself up into a frenzy and blast it out.

How did you get an agent? Boy, I submitted the first script that I wrote. I was an attorney in Manhattan and I had the contact numbers through friends of agents at all the major agencies. So I sent my script out there and the script was sent out for coverage and received very good coverage. David Lonner of ICM called me up and told me he wanted to represent me. That was the first script I ever wrote which I still own. It hasn’t been produced but it’s going to be.

What do you think of Robert McKee/Syd Field story philosophies? I don’t subscribe to any of that. I don’t think that it’s worthwhile. It’s a waste of time.

Why are you best suited for action? I don't know. The action genre features usually a very strong male protagonist. I know that world. I can write dialogue for men under pressure, men with dark pasts who are somewhat compromised. I was a lawyer, so I know a lot about the legal system. I read widely, so I have a working knowledge, just enough to make me dangerous, of a whole bunch of technological, scientific topics that usually factor in. And I think I’m pretty good at designing physical sequences and physical movement that have some ingenuity involved that also bring out character. Well made action pictures, the action sequences don’t exist in a vacuum. You don’t have enough time in the telling of the tale to have character scenes a lot of times. So you’ve got to have your character building during the physical action, which is hard to do.

What advice would you give aspiring screenwriters? Don’t listen to anybody and write about topics that you’re really familiar with. Write about characters you’re really familiar with. Watch a lot of movies, particularly in the genre you like. Choose one genre and stick with it. These are just my personal beliefs of having a greater chance of success.

What writing tips have you learned by watching movies? I read the scripts. Sometimes, certain pictures I like so much that I actually stop them, back up and then I transcribe the dialogue and study the cadence and the syntax of the lines.

What are your favorite movies? Of all time? Bridge on the River Kwai, I have boring choices. There’s not anything unusual here. Casablanca. I could go on and on and on. It’s impossible.

Do you consider those action? Bridge on the River Kwai, absolutely. Of course it is.

But also heavy drama. Yeah, but I think there’s heavy drama in The Punisher.