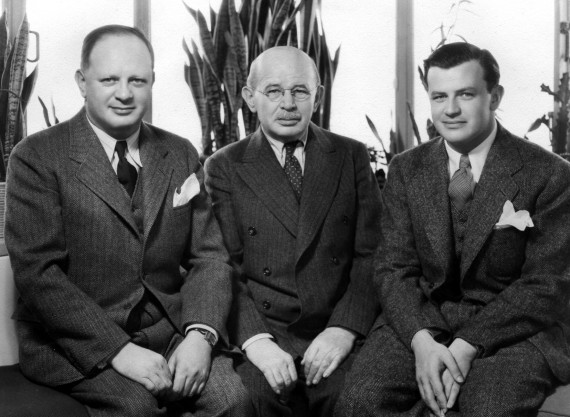 Oscar-nominated screenwriter Don M. Mankiewicz has died of congestive heart failure, he was 93. The son of Herman J. Mankiewicz (CITIZEN KANE), as well as the nephew of Joseph Mankiewicz (ALL ABOUT EVE), Don followed in the legendary family's footsteps as a Hollywood writer; his son is screenwriter John Mankiewicz. Growing up in Hollywood, the young Mankiewicz often spent his afternoons with likes of the Marx Brothers and Greta Garbo.

Don M. Mankiewicz attended Columbia University, and during WW2 serving in the Army intelligence. He later became a staff writer for the New Yorker, as well as other publications before starting his writing career working first in television.   Mankiewicz  wrote scripts for the drama series "Playhouse 90." One of his first big screen jobs was to adapt F. Scott Fitzgerald's The Last Tycoon.  "I was probably the only writer around who had actually seen Fitzgerald in person," he told TV historian Stephen Bowie in a 2007 oral history. "He hung around with my father a little bit."

Mankiewicz was also an author publishing a novel "Trial" in 1954 that was made into a film starring Glenn Ford and Dorothy McGuire. He eventually earned an Academy Award nomination for his 1958 screenplay adaptation I WANT TO LIVE! about a prostitute falsely accused of murder. It was loosely based on the true story of Barbara Graham, who was put to death in California's gas chamber in 1955 and was known in headlines as "Bloody Babs." In 1967, he wrote the pilot for the long-running TV series "Ironside," starring Raymond Burr as a paraplegic private investigator. Two years later, he did the pilot for "Marcus Welby, M.D."   His last credit (according to IMDB) was for the TV series "The Marshal" in 1995.

Mankiewicz is survived by his wife of 43 years, Carol; daughters Jan Diaz and Sandy Perez from his first marriage; son John and daughter Jane from his second marriage; and four grandchildren.