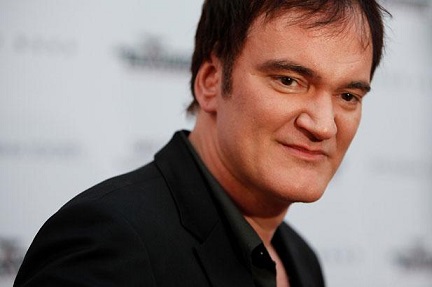 The biggest news came out yesterday when it was announced that Quentin Tarantino has withdrawn his lawsuit against Gawker over the leaking of his HATEFUL EIGHT script.  The original complaint stated that the website had "crossed the journalistic line" by linking to the script under a post titled, "Here Is the Leaked Quentin Tarantino Hateful Eight Script." However, the complaint from the beginning seemed to lack enough evidence. Additionally, why not go after who was posting the script online not those who linked to it.  (Source)

American producer, screenwriter, director  and WGA member Barry Levinson resigned recently over what he has called “reprehensible” treatment regarding his work on the Philip Roth novel The Humbling. Levinson was one of many writers to have worked on the adaptation and ended up not receiving what he felt was a deserved credit. Some of his films include THE NATURAL, GOOD MORNING VIETNAM, RAIN MAIN. Levinson cited the arbitrator in the case as being incorrect and when requested that the person be replaced, he was denied. “This is out of frustration and reaching my boiling point,” said Levinson, who has been Oscar nominated as a writer three times in his long career. “This became an impossible situation. In 40 years, I never once asked for a credit..." (Source)

Screenwriter Evan Daugherty (SNOW WHITE AND THE HUNTSMAN) is looking to make his feature directorial debut on INK AND BONE for Dimension Films.  The story centers on a female book editor who is forced to visit the home of a horror writer to encourage him to complete his novel. Shockingly she discovers that all of his creations are holding him hostage.  (Source)